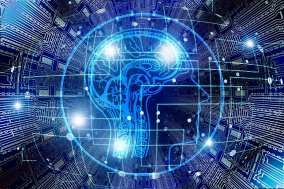 Before the Covd-19 crisis begun I presented on Digital Citizenship at the JISC DigiFest event and previous to that at the ISC Digital event in Brighton.   In both cases one of my reasons for presenting was my concern regarding students increasing use of technology not being match by an appropriate considerations or awareness of the risks.   I was worried that students were giving away large amounts of data without considering who they were providing to, how it might be used, how long it would be kept or how it might impact or be used to influence them as individuals, and as groups, in their future.   I was worried and believed education and its educators needed to start to do something about this.

Since then the Covid-19 crisis has deepened with the lockdown rules introduced.   I have seen large numbers of schools and other organisations rushing to find solutions to the challenges this crisis has created.   New applications have been put into use, devices issued and configurations quickly changed to enable remote working and remote learning.    Applications such as Zoom and Houseparty have quickly achieved viral status as people adopt solutions to keep in touch and maintain some form of social interaction and community spirit in a time of isolation.   Decisions as to what to use have been based on which apps are easy to use and which are being used commonly by others.     In all of this fast paced change, home working and learning and technology enabled socialisation the phrase that jumps to mind is “act in haste, repent at leisure”.

Teachers, parents, children, the elderly, in fact almost everyone is now using more technology that they previously did, either in new devices, new apps, the duration spent using technology, etc.   With this use we have greater exposure to online risks such as cyber crime and to risks associated with the data trail we leave behind us.

There is also the discussion of tracking apps to help identify where people have come into close contact with someone with the Corona virus of Corona virus systems, or the use of thermal cameras and facial recognition for a similar purpose.   Although in the short term this appears to be in the interests of public good, this data might be used in the future for other purposes related to the tracking and profiling of individuals, or even to help with targeted campaigns aimed at influencing the behaviour of individuals or groups.

To be clear, the current situation is far from normal and far from ideal.   No-one chose for this to happen.   As a result, the decisions which are being made, and which need to be made, are borne out of necessity rather than being purposeful, fully planned and implemented with the implications carefully considered.    There is also the issue that, at the best of times, we cant predict the future yet now are presented with an even more unpredictable future but the need to make decisions now that will influence this future.

If I was worried about Digital Citizenship before the Covid-19 crisis, I am even more worried now.

One thought on “Digital Citizenship and Covid19”