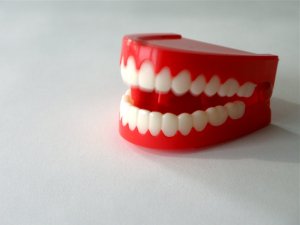 The dentist, being a professional, took some time to explain what he was going to be doing and through this I could identify with his plans.   I understood all that he said yet this did not allay my fears.    My fears went beyond logic.

As I sit somewhat embarrassed by my inability to deal with a simple dentist appointment, I reflect on how emotion was able to overcome logic and how this has implications for teaching and learning and also for teacher professional learning.

Consider the highly engaging and exciting lessons which promotes a positive emotional response in students.    This may result in a positive perception of the lesson and the teacher however the students actual understanding of the learning materials may be less positive or the depth of learning may be purely superficial such that with the passage of a short amount of time the learning will be lost.    Also our emotions are situational and therefore the location and context play a part.    As such the positive emotional response may only occur where the student is working within the exact same context within which learning previously took place.     Approaching the same learning material in a different context therefore may not draw the same emotional response which may limit a students’ ability to access their previous learning.

Consider the case of a teacher who does not like technology due to many years of teaching experience in which either technology was not used or when it was used it was either ineffective or prone to fail as new technologies can be.     For them an emotional response is developed to using technology in lessons.   Even although we may be able to share the justification and benefits of using technology in learning we may be unlikely or have significant difficult in overcoming this emotional response.

Consider the teacher which students perceive as boring or uninteresting.   This teacher invokes a less than positive emotional response in students.   This less than positive response impacts on the success of learning activities within this teachers’ class.   Even if this teacher was to do something “interesting” or “fun” it is likely that this would be of limited impact as it would first need to overcome the initial negative emotional response for the lesson as experienced by students.

My dentistry experience was traumatic for me even although I know it should not have been and even although I am aware that there was no rational reason for my fear.    Emotion and emotional responses can have a significant impact on individuals and as a result on their actions and on learning.   Even where the logic is clear it is possible that emotional response can result in actions where are counter to accepted logic.

I will be giving emotion and emotional responses more consideration in future including my own emotional status.   I may even re-read Golemans Emotional Intelligence and the Dalai Lama and Paul Ekman’s book “Emotional Awareness: Overcoming the obstacles to Psychological Balance and Compassion”.       As to the dentist I had sedatives to help for now until I can overcome my emotional response.